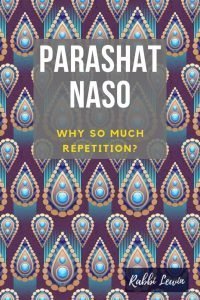 Parashat Naso is the longest Parasha of the year. 176 verses in length. As we are aware the Torah is very careful not to waste words and yet Parashat Naso has 70 verses which are a repetition. The Parasha describes that when the Mishkan – Tabernacle was dedicated to the Princes of Israel, each tribe brought the exact same sacrifices. However, instead of the Torah stating this is what the Princes offered, the Torah lists each of the tribes and repeats 12 times what they brought. For the Baal Koreh- the one who reads the Torah- this is very easy as the Torah reading is the same. But the question remains why should the Torah report 12 times the same verses? What do they add?

The question has bothered the commentators over the centuries. Already nearly 2000 years ago the Rabbis of the Midrash offered an approach, which helps us to answer another question, why do we recite the same prayers every day? The Amidah is recited 3 times each day? Why can I not recite my own prayer?

The Midrash adds artistic license by viewing each offering by the prince reflecting the nature of the tribe. For example, since the tribe of Judah was the tribe of kingship, the focus of each of the sacrifices concerned kingship and the rule of law. Whereas the tribe of Zebulun- which contained many Torah scholars, each sacrifice reflected an area of Torah study. Each tribe invested their own meaning into the sacrifice.

The same is true with our prayers. The authors of our prayers, the Anshei Knesset Hagedolah- Men of the Great Assembly- wrote the prayers and provided us with a framework to connect with Hashem. Every Jew may recite the same words, however, each Amidah prayer is unique. Each time we recite the prayer we add a slightly different feeling to words that we are saying.

It’s All Routine, Or Is It? 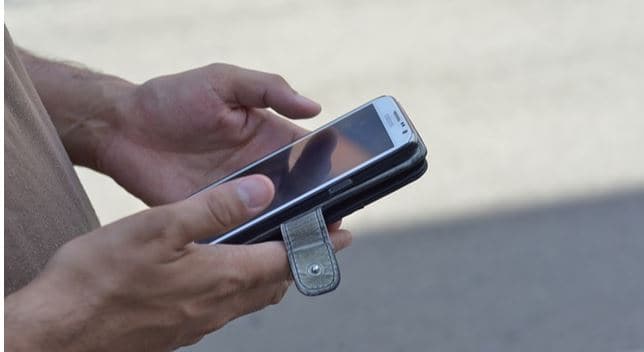 To illustrate. When I use my mobile phone I follow the same routine. I pick up the phone. unlock the screen. Press on the phone app. scroll my contacts and press the green button. Place the phone to my ear. Wait for the connection and then begin the conversation, with, “Hello how are you?” I will repeat the same actions multiple times during the day. If you are looking at me you would be wondering why I am seemingly doing the same action over and over again.

True it may look like the same action from afar but we know that each conversation is different in nature. This principle is being highlighted in Parashat Nasso. Although the offerings are the same -that is only on the surface. Each offering was as different from the other. as our phone conversations. The Torah wants us to know that each offering, each prayer is special and deserving of mention. No two prayers are ever the same.