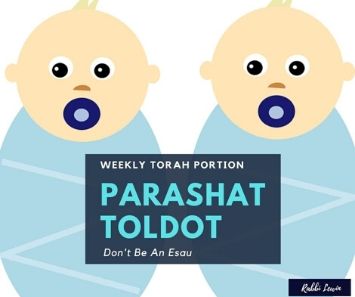 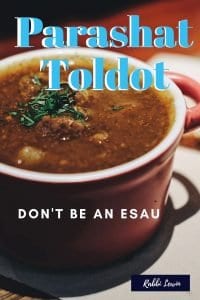 Parashat Toldot introduces us to the next generation after Abraham. Isaac and Rebecca struggle to have children and it is only after 20 years that they are blessed with the arrival of twin boys.

The pregnancy is a difficult one, with Rebecca suffering greatly. She receives a prophecy that states that she will have twins and that the younger child will rule over the older one.

Esau is one of the most despised people in the Bible. But maybe he is a lot more like you and me than we think? Don’t be an Esau is a warning to us all. 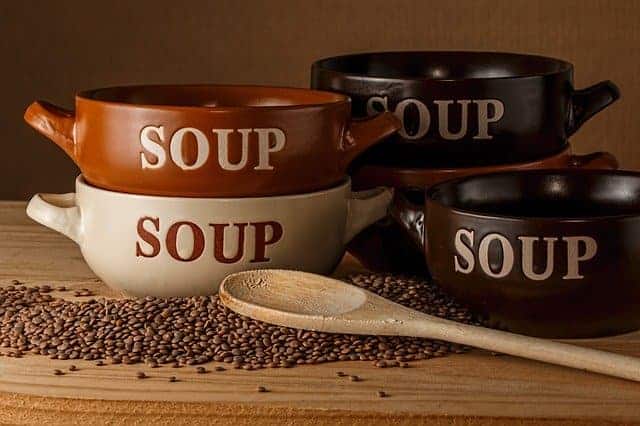 The birth of the twins sees two completely different personalities emerge. Esau loves the fields and the hunt, whereas Jacob prefers to be at home. Isaac loves Esau and Rebecca loves Jacob.

We have two stories that we need to review. The first story is the selling of the birthright. Esau comes home from the field, hungry. Jacob is making a pot of lentil soup. Esau demands some soup and Jacob tells him that he can have some if he sells the birthright. Esau’s response is telling.

Esau has no interest or need for the birthright.

When Did This Story Take Place?

According to the Midrash, the reason for the meal was that lentil soup is the food for mourners. Abraham had died and Isaac was sitting Shiva. Jacob, as the grandson, was not the direct mourner and thus was preparing the meal for his father.

According to the Midrash, Esau didn’t even make the funeral. If our calculations are correct, Jacob and Esau were at the time 15 years old. (Abraham was 100 at the birth of Isaac. Isaac was 60 when the twins were born and Abraham died at the age of 175). 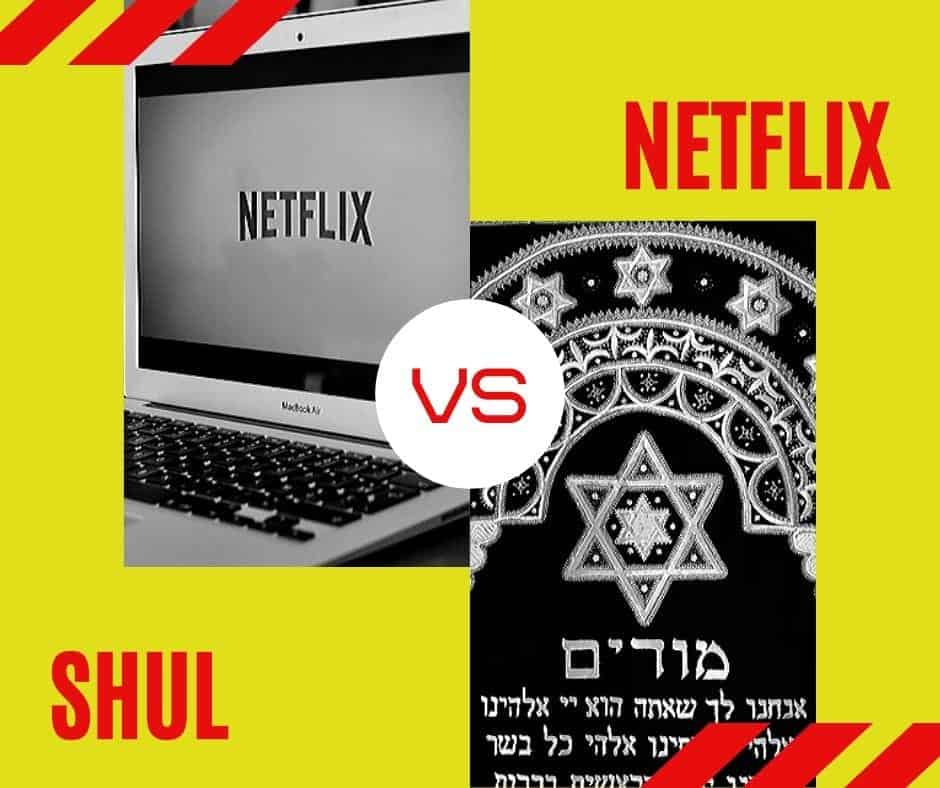 Isaac is blind and calls Esau to him. He wishes to bless his oldest son before he dies. As we all know the story, Rebecca gets involved and ensures that Jacob receives the blessings.

Esau is devastated at the news that he has lost the blessings. His wailing, is without compare in the bible.

But why? This is the same Esau who despised the birthright. Why does he now cry over the blessings?

The answer is the age. When Esau rejects the birthright, he is 15 years old. Which 15 year old would be interested in a life of service of Hashem? In modern day terms, Esau is asked to go to Shul when he would rather watch his show on Netflix. However when it comes to the blessings, Esau is mature, he understands the concepts of community and responsibility. But 15 year old Esau couldn’t care less. 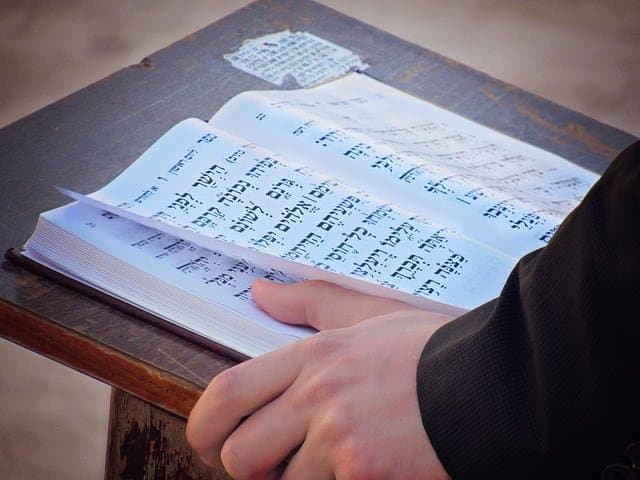 When we read this story in Parashat Toldot, our initial reaction is to mock Esau. What a fool. How could he not appreciate what he was giving up for that plate of soup? Yet when we think about it a bit more, are we not like Esau?

When we are young we spurn Shul, Hebrew lessons, Jewish studies. Who needs this? But later in life are we not filled with regret? We had all the opportunities to learn Hebrew, to become fluent in the shul prayers, to value Jewish history. But we wasted them. Mock Esau if you will, but maybe his story is closer to whom we are than we think.

Parashat Bechukotai – How To Keep The Mitzvot

Parashat Vaetchanan The Mezuzah Your Protection