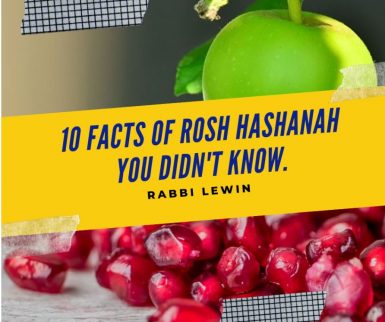 What Is Rosh Hashanah?

Rosh Hashana is the start of the Jewish New year. It falls during September and begins a month-long celebration including Yom Kippur and Sukkot.

Rosh Hashana is a two-day celebration, which celebrates the start of the new Jewish year. The date of Rosh Hashana is the first and second of Tishrei. Rosh Hashana commemorates the creation of Adam and Eve the pinnacle of creation. Adam and Eve also ate from the tree of knowledge and were judged on this day. Thus Rosh Hashana becomes the day of judgement for their descendants.

What Happens On The Festival?

Firstly we celebrate with family and friends to celebrate the start of the New Year. Traditional foods include round Challah bread, shaped like a crown. Apples dipped into honey over which we bless family and friends for a Shana Tova Umetukah – A sweet and good year. Fish and meat are eaten, with a focus on sweet foods for a sweet new year and we do Tashlich.

Secondly, we start the New Year by Crowning Hashem King of the world and that we are His subjects. This is highlighted in the text of the prayers that we recite in Shul, as well as by the sounding of the Shofar which sounds like a trumpet heralding the King.

The Shofar Sounds and It’s Meaning

The special mitzvah of the day is to hear the Shofar.

The Shofar is a horn – traditionally a ram’s horn- (Any horn besides a cow’s horn can be used). The reason for the Ram is because it reminds of the Ram that was offered by Abraham on Mount Moriah, during the story of the binding of Isaac- known as the Akeidah.

The tradition is to hear 100 sounds throughout the day.

Over the two days, we will sound the Shofar 100 times each day.

The Shofar is not sounded on Shabbat. Since it is a musical instrument, there was a fear that people would carry the Shofar to an expert to learn how to blow it.

The Shofar sounds are 4 in total:

Teruah a staccato of 9 quick notes

and the Tekiah Gedolah an extended straight sound to complete the set of blasts.

The structure of the services follows the normal Shabbat service with two major differences:

It’s traditional on both Rosh Hashanah nights to have a Rosh Hashanah seder. The seder is made up of various fruits and vegetables that we bless the new year with otherwise known in Hebrew as the Simanim – the symbols. For example the famous apple and honey for a sweet new year. You can download your free Rosh Hashana printable for the Seder here. 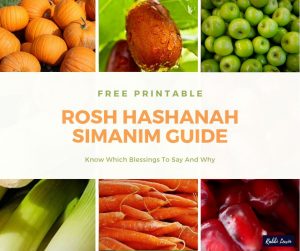 What Do I Wear On Rosh Hashana?

It’s customary to wear white on the High Holy Days. White is a symbol of purity. We are coming to our King pure. This is the reason that the shul, the Bimah, and Ark are in white.

Do I Light Candles On Rosh Hashanah? 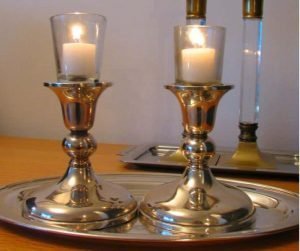 Yes, we light candles on this festival, just like every other festival. When we light the candles it’s slightly different than on Shabbat. On Shabbat, we light and cover our eyes, on Chag – the festivals that do not fall on Shabbat and we are allowed to move fire, we first make the blessing of the candles and then light them. We also have the added

As you are allowed to move fire you can light the candles from a pre-existing flame and they should be lit by the time you sit down for the meal, unlike Shabbat where they need to be lit 18 minutes before sunset. Note, you are not allowed to blow out or extinguish the flame, so ensure that you have a safe place to put the match down, where the flame can self extinguish.

As Rosh Hashanah is two nights, we need to light candles on the second night as well, but this time it needs to be from a pre-existing flame. The way to do this is before chag starts light a Yartzeit candle which burns for 48 -72 hours (depending on which one you get). We have discovered that its best to use the 72 hour one.

Meaning: Blessed are you, L-rd our G‑d, King of the universe, who has sanctified us with His commandments, and has commanded us to kindle the light of the Day of Remembrance.

And after this blessing we say Shehchiyanu

Meaning: Blessed are you, L-rd our G‑d, King of the universe, who has kept us alive and sustained us and let us reach this time.

Why do we have two days of Rosh Hashana?

In the Torah, we are told that Rosh Hashana is only one day. The first of the 7th month. (Lev 23:24).This created a problem. In the days before the Jewish Calendar was fixed,  the months were determined by seeing the new moon. Witnesses would travel to Jerusalem and testify before the Beth Din- the Jewish court- that they had seen the new moon. The Beth Din would then declare that the new month had begun. This worked for all months except for Tishrei. Since Rosh Hashana falls on the first day of the month, there was no time for the messengers to tell the community when Rosh Hashana started. As a result of this problem, the  Jewish People, kept two days of Rosh Hashana as they were worried that they may miss the festival.
Today we have a fixed calendar, but the tradition remains to keep two days Rosh Hashana.

Why Say Shehecheyanu On The Second Night

One of the most powerful blessings we have is the blessing of Shehecheyanu, we thank Hashem that we are alive and able to celebrate this new festival or event.

The blessing is said either after the blessing for lighting the candles or over the wine -kiddush as part of the declaration recited at the start of the festival.

The blessing is also recited before we engage in a mitzvah for the first time in a year. For example the first time we sound the shofar or shake the lulav or eat matzah.

An answer is that it relates to Kavod Yom Tov- to honor the Second day of Yom Tov. If we don’t say the blessing, we are stating that the second night/ day is not important.

On the other hand, we have already acknowledged that we are thankful for the gift of being alive for this festival. The custom, therefore, is to add something new to the second night, either a new fruit or new clothes.

Why Do We Have A Round Challah On Rosh Hashanah? 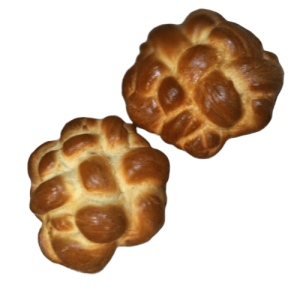 Every Shabbat we eat braided challah, yet on Rosh Hashanah, we change the shape to round. This is because the year is round. Rosh Hashanah is full of symbolism, especially food, and eating round challah is another one. On Rosh Hashana we crown G-d the King and the round challah looks like a crown. We are crowning G-d as our king.

Tashlich is a ceremony performed in the afternoon of Rosh Hashana. If the first day of Rosh Hashana is on Shabbat, then we perform the ceremony on the second afternoon. The tradition is to gather next to a source of flowing water and symbolically cast our sins into the waters.

The second reason behind the tradition is to crown Hashem, King of the world. In days gone by, a king was anointed at a river. The symbolism was that in the same way as the river is sustaining of life, may the king’s reign bring life to his kingdom.

Is there a special greeting for Rosh Hashana?

Yes. We wish one another: Shana Tova Umetukah “May you be blessed with a sweet and wonderful year filled with happiness and health and may you all be inscribed in the Book of Life.

Elul- The Month Of Spiritual Growth