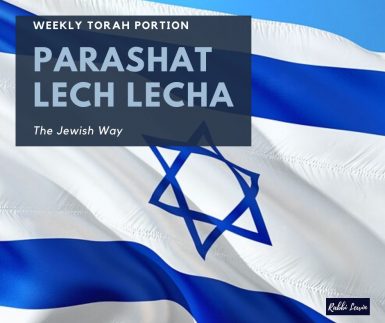 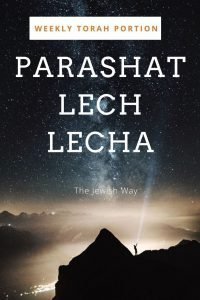 In this week’s Torah portion, parashat Lech Lecha we are introduced to Abraham, the father of the Jewish People. Abraham is the trailblazer, the knight of faith, who introduces the idea of Ethical Monotheism. The belief that there is only one God who demands an elevated ethical standard for humanity.

What Is The Meaning of the Blessing So Shall Be Your Offspring?

In Parshat Lech Lecha, Hashem promises Abraham that he will have children who will be as many as the stars in the sky. Hashem takes Abraham outside and asks him to count the stars. “So shall be your children. “says Hashem.

So too, although we are small in number, only 14 million in a world population of over 7 Billion we will be influential in ways far beyond our numbers.

All you have to do is Google Jewish Nobel prize winners, doctors, leaders in all areas to realise that the incredible contribution of the Jewish People.

Not The Jewish Way

A second explanation is that when Abraham heard the command of Hashem to count to stars he started the count, one two three. “So shall be your offspring.” Abraham never backed down.

Conventional wisdom may say to us that it is impossible to count the stars why bother? That is not the Jewish way. We make the impossible possible, the dream a reality.

Conventional wisdom said that it would be impossible to create a state in a malaria swampland, with arid conditions and poor rainfall. But we did. There is no way that the land can absorb  millions of people. At every step of the way the attitude of Abraham of counting the stars has been on display.

The Rabbi Moshe ben Nachman – known as the Ramban, taught the following principle,    מעשה אבות סימן לבנים the actions of the fathers are sign for the children.

When we read the Parshiyot of Bereishit, we are not only studying the Genesis of our People, we are also seeing the DNA that is in every Jew. There is a little Avraham in all of us.