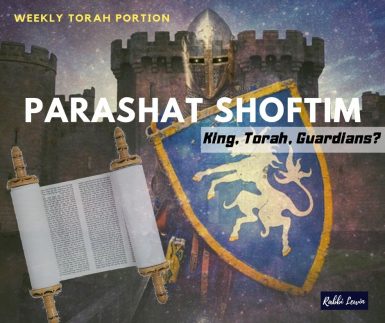 This week’s parasha is Parashat Shoftim. We deal with a number of issues as you can see below in the Shoftim summary, but today we are going to focus on what is the connection between the King and the Torah? 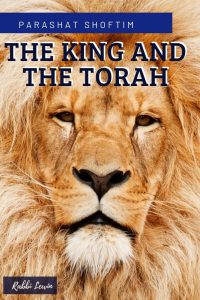 Parashat Shoftim In A Nutshell

Parashat Shoftim continues to describe the Torah’s view of a society. One of the rules relates to the king. The Torah describes the laws of the king and instructs him to write a Torah scroll.(Deut. 17:15,19). Let’s look at the Parashat Shoftim text:

Rashi (1040-1105) quotes the Talmud, משנה התורה [HE SHALL WRITE HIM] A משנה תורה — i.e. two scrolls of the Law, one that is placed in his treasury and the other that goes out and comes in with him (i.e. a small scroll which he carries everywhere with him) (Sanhedrin 21b). 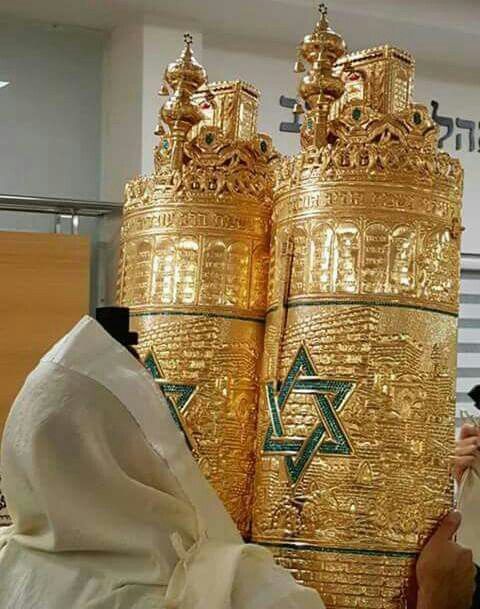 The Torah demanded that the king was to write two Torah scrolls. The first, went with him everywhere, this Torah the king would refer to for guidance and to answer the questions.The second was deposited in a secure location. Why was it necessary for him to write two scrolls?

The Rabbis in their analysis, focus on two different aspects. On the one hand, having a Torah scroll on hand, means that whenever a question arose the king could search up an answer, an ancient Google app. Every decision that the king made would be distilled through the Torah. 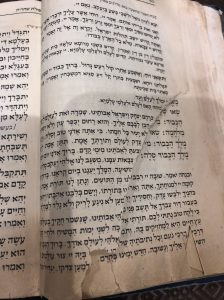 However there was a risk. Whenever you carry a book with you, over time the book will become battered, pages may fall out and you can miss important material. It was thus imperative that there was a second Torah that the king could refer to, to check that there was nothing missing and that he  was following the rules.

Another reason is that perhaps he may think that as the king, he could change the rules to suit him. Having a Torah in the treasury meant that there always was a standard that he would have to rise to.

Although the Torah is speaking about a real king of Israel, the rules that apply to the king of Israel also apply to us as individuals, for we too are kings and queens. If the Torah demands that the king has a Torah next to him as a guide on a daily basis, and that there is a golden standard that he can compare himself to. So too should we. 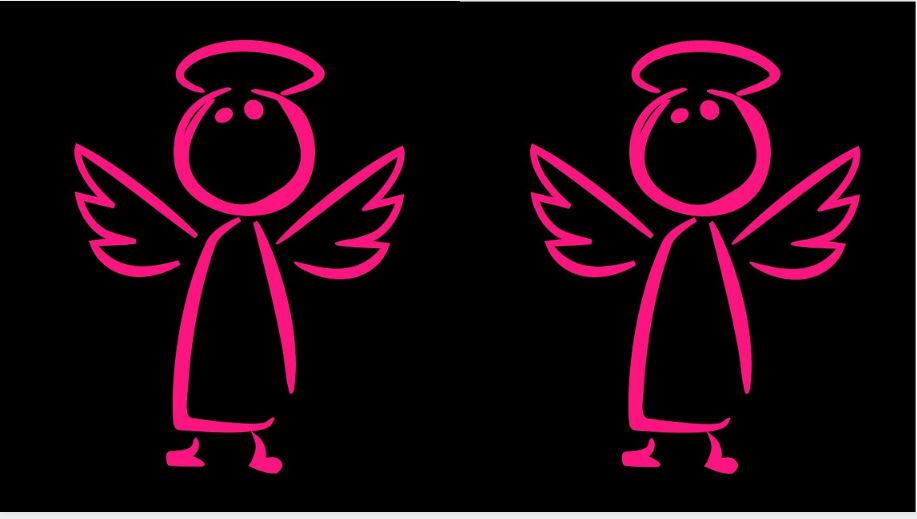 I imagine the two Torahs acting as two guardians for my soul. I may feel that I am the king of my domain, that I can make my own decisions. That is not true. The Torah demands that the voice of  Torah should whisper in our ear at all times.

However, it is possible that over time, especially living in our world, even with our Torah, some of our standards will slip. We may not speak as refined as we would like. We may slip in our behaviour towards others. The words of our Torah may become faded. We may think that we are still at a pristine level. Only to find that we have dropped in our standards and behavior. This is why we all need a second Torah. One not corrupted by the world. So that we can compare where we are missing and where we have slipped.

Personally I have two symbolic Torahs that watch over me. These two witnesses are past me and future me. How do they see current me? Past me, fresh out of Yeshiva, spending all day in Torah study and personal development. What does he think of me today? Am I maintaining those lofty standards?

The second witness is me in 10 years’ time. He looks at me and says, “Nu are you on track to reach my level of scholarship, maturity, kindness and caring? You have 10 years to get here, how are you tracking?

Parashat Shoftim is always the second Shabbat of the month of Elul. A month set aside to work on ourselves. The month of Elul pushes us to reflect on how we have used the gift of the past year to grow as a person,  Professionally, personally,  scholarly and socially.

How are your Rosh Hashana preparations coming along? Have you set your goals for the coming new year?

Do you like your self-help info well-researched? Do you like easy to follow systems? If so, then check out this awesome book that introduces you to an action plan for your best year yet. 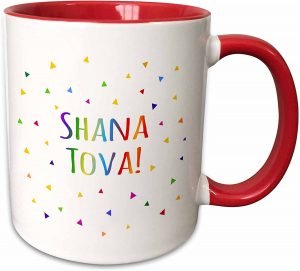 Get Your RH Gifts Here