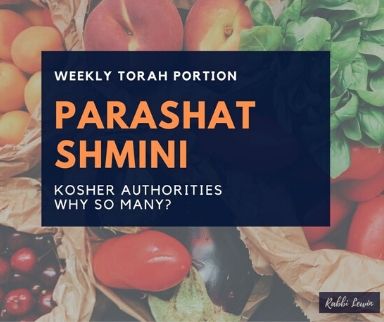 Parashat Shmini as we see below touches on many topics. Today I  want to focus on the last one, the laws of kashrut. We are blessed to live in a world of so many choices. In particular, for the kosher consumer, there are more options and kosher products than ever before. Yet when I look at the packaging, why are there sometimes multiple kosher symbols for the same product? Why is there not just one authority? Let’s dive into the world of kosher symbols. 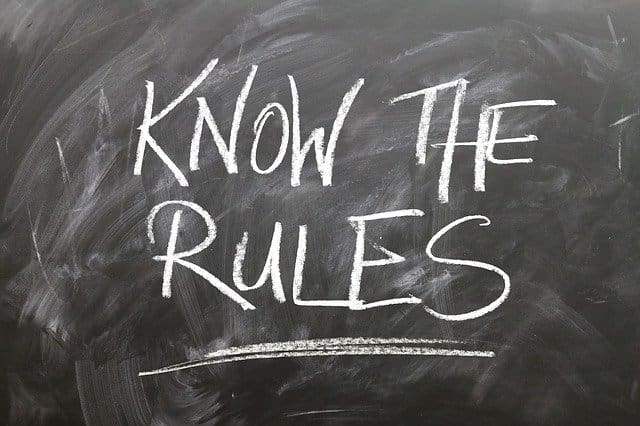 One of the key features of Judaism is food, in particular, what Jews are allowed to and are forbidden to eat.

The laws of Kashrut are called Chukim- unknowable or illogical rules. The reason is that if they are for health reasons, then non-Jews should be forbidden to eat them too. If they are healthy then why can’t we eat them? Obviously, these laws have less to do with health and more to do with spiritual growth and development.

What Are The Laws Of Kashrut Meant To Teach Us?

This question has been debated by the sages over the millennia, some make logical sense and make them easier to observe. Some make less sense.

Shmini: What is Kosher?

Kosher is the term given to all food that Jews are permitted to eat. The term kosher or Kasher relates to the fact this is correct and proper. The term kosher has become so widespread that it even refers to areas where food is not involved. For example, there is something not kosher about this deal.

But the term mainly relates to food. The Kosher certification industry is a highly complex endeavor. Whereas in the past, one could possibly be safe by merely reading the ingredients on the packaging. Today this isn’t acceptable. There have been so many advances in food production, from emulsifiers to colouring agents and flavours that one needs experts, in the food field to assist. For this reason, there are kashrut authorities to assist us.

There is however an important caveat to highlight. The kashrut authorities must take into consideration not only food technology and advances in that area. There are also or primarily the laws of kashrut as determined by the Torah and Talmud. Expanded upon in the legal commentaries and summarised into the legal codes of Shulchan Aruch and later authorities. Not to mention the enormous response literature that has grown over the centuries. Each question needs to take into consideration the myriads of opinions before a ruling can be issued.

We are all well aware that different kosher authorities have a Rav Hamchshir, the senior Rabbi who is well versed in these areas and is called upon to make the rulings. According to one authority, a product may be kosher, whereas in another city, or country the ruling would be to forbid the same product. Because of these differences in rules, one will often find different kosher stamps, called hechsherim ( hechsher- singular) on products. 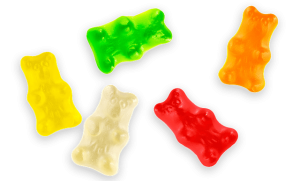 Gelatine: Gelatine is an important binding agent in food. It is family sourced from pigs hooves which obviously makes them not kosher. The question that is discussed in the authorities is what happens if something non-kosher is ground into a powder, meaning that it would not be called food. It would lose its status as food. (The traditional definition is that if a dog would not eat it, then it loses its status as food.)

If we ground pigs hooves into a powder, a dog wouldn’t eat it and thus it loses its status as food. When the powder is reconstituted to be used as a binding agent, is this a new product divorced from its original state and therefore kosher? Or since it’s now reconstituted as a food, it regains its former status as non-kosher- pig product. Depending on which opinion the authority follows one can, in theory, have a case where the use of gelatine would be okay. 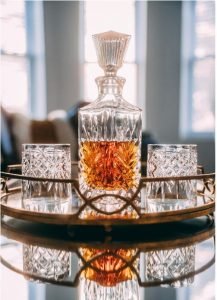 Whiskey matured in sherry casks. Whiskey is produced from grain which is left to mature in casks for many years. Most casks are from bourbon casks, however, there is a number of companies that use sherry casks. Sherry is derived from grapes and thus falls into the problem of non-kosher wine. (Something we will discuss in another article)

As we see in just two examples there can be many differences of opinion. Most Jews traditionally follow their local kashrut authority, or kashrut authorities endorsed by that local authority. Today, we have internationally recognised authorities, for example, the OU in America, Beth Din South Africa or the Chief Rabbinate of Israel.

Today one can find hundreds of kosher certifications and the question that one has to answer is, do you trust them? The following site is well worth knowing.  Rabbi Eidetz has done all the leg work for us to check the accepted kosher authorities.

This does not mean that other hechsherim are not acceptable, it is advised that you consult your local Rabbi.

Parashat Shmini: The Lesson Of Kashrut 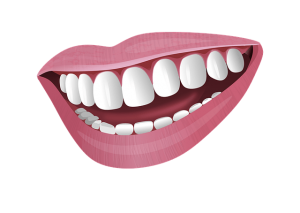 Kashrut is one of the most important areas of Jewish life. We are commanded to be careful about what enters our mouth. But this is not always simple, especially if we add the layer community custom. For example, the differences between  Sephardi and Ashkenazi rules.

Personally, the underlying message of Kashrut is that if I am able to control my mouth by what goes into it. Surely I can be careful about what comes out of my mouth. The laws of Kashrut are a lesson in self-control and discipline lessons that are of infinite value.

Parshat Chayei Sarah So You Had A Bad Day