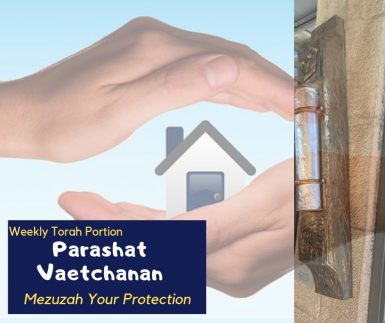 Parashat Vaetchanan contains two of the most important texts of Judaism, the 10 commandments and the Shema.

This Week’s Parsha In A Nutshell

Parashat Vaetchanan is the most quoted Parasha of the entire Torah! The reason is that it contains the declaration of the Shema. A text that we recite every day 3 times a day, Once in the morning – during Shacharit, once in the evening at Maariv and then before we go to bed.

Parashat Vaetchanan and The Shema Prayer

The text of the Shema prayer is also found in the Tefillin and in the Mezuzot. No text of the Torah is as well known as the Shma. It is the first text we learn as a child and often it is the very last words we say in this world.

Vaetchanan and The Mezuzah 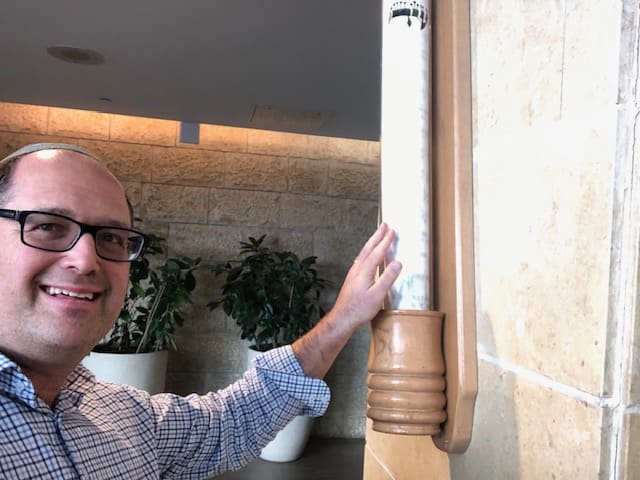 Let’s have a look at the Mitzvah of Mezuzah. The Torah introduces a law that we are to place the words of the Shema prayer on the doorframes and on the gates of our homes: (Deut 6:9)

The Torah states that we have to write the words of the Shema prayer on our doorposts. This does not mean literally, rather that the text is to be written in the same style as it is written in the Torah- on parchment, in Hebrew  and placed firmly on the door frame.

This mitzvah shows the world, that this is a Jewish Home. When we enter and leave our homes we kiss the Mezuzah as a sign of love and devotion to Hashem, His Torah and His commandments. I have a number of questions related to this Mitzvah. But let’s start with these two:

Why Is The Mezuzah Tilted On The Door Frame? 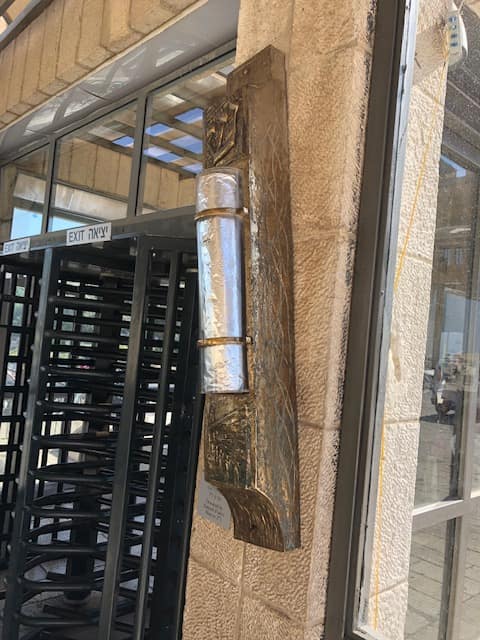 According to Rashi, it needs to be facing straight up. According to Rabbeinu Tam, the Mezuzah should be flat/ horizontal. So we have an argument between two great scholars. What should we do?

The answer that is brought down in the Halachic works, is that the Mezuzah is placed at an angle/ tilted. This is the only time that the Halacha has a compromised in opinions! In all other cases, the law follows one opinion over the other, but not here. The answer is powerful.

The Mezuzah is the guardian of our home. As we enter our homes we look up and kiss the Mezuzah. This is a means to connect us to Hashem and His Torah. Kissing the Mezuzah has another equally important message. In order for Hashem to be felt in one’s home, there has to be Peace in the home – שלום בית. This can only be achieved if those in the home are willing to compromise. When I see a Mezuzah at an angle I am reminded about the argument of the two rabbis and the compromise that the Halacha reached to allow each one to feel that the law follows them.

Why Is The Mezuzah Placed Above My Head That I Need To Look Up? 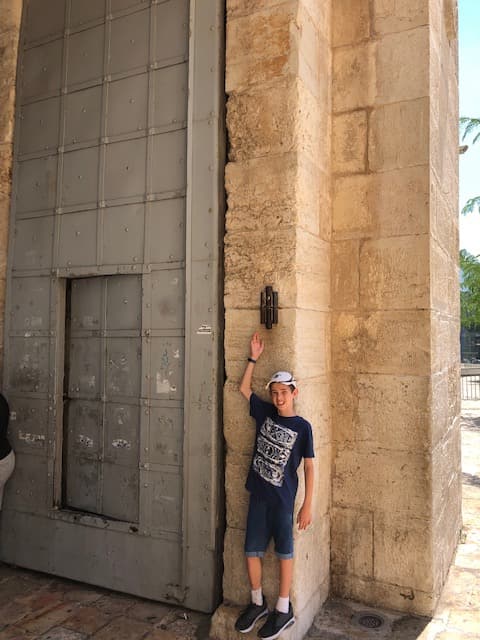 The answer is that we should always look upwards towards the Heavens and remember Hashem. This is fine for adults but what about little children? They can stretch out their hands and pretend to touch the Mezuzah and then kiss their finger. I once saw the following story that left a deep impression upon me.

One of the great Torah giants of the last century was Rabbi Yaakov Kamenetzky (1891-1986). He was once invited to see a preschool in action. The young teacher proudly showed the Rabbi how he was educating his students to respect the Mezuzah. Instead of Mezuzah placed at the normal height, he lowered it to the children’s level so that each child was then able to kiss the Mezuzah properly.

Rabbi Kamenetzky shook his head in disapproval. He told the young teacher, “We should always raise a child to a Mitzvah and never lower a Mitzvah to the level of the child.”

This is such a powerful message in education and spiritual growth. We always need to ensure that our goals are just out of reach so that we continue to strive to achieve them. Looking up at a Mezuzah reminds me of this constantly.

The Mezuzah has been the silent guardian and witness of Jewish homes for thousands of years. There are so many deep and mystical teachings about the mezuzah and I will expand on these ideas in the weeks to come.

Are you following Me on Social Media and signed up for the newsletter?