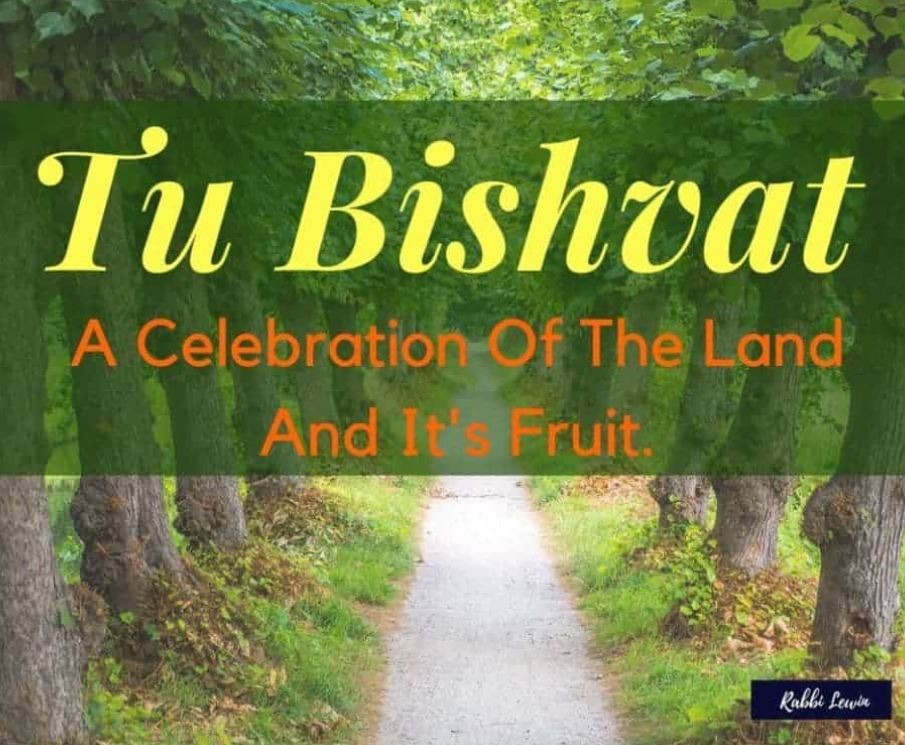 Tu Bishvat, Why Do We Celebrate This Festival?

The Mishna in Rosh Hashana 1:1 states that there are 4 new years in the Jewish calendar.The first of Nissan The New Year for the kings and festivals. 1st of Elul is the New Year for tithing of animals. 1st Of Tishrei –Rosh Hashana the day the world is judged and the most recognised New year. The final New year is subject to an argument. Beit Shammai states that the day is marked on the 1st of Shevat, Beit Hillel states the 15th.

The importance of the date, relates to the agricultural laws of Israel. The Torah mandates a number of important rules about trees.

Firstly, there is a biblical prohibition, known as Orla, not to eat the fruit of a tree for the first 3 years. Secondly Neta Revai, that in its 4th year one can pick the fruit and eat them in Jerusalem. Only in it’s fifth year can we eat the fruit on the tree.

How do we determine the age of the trees?

When one has multiple trees, how do you keep track of the age of each tree?

This is the reason for the New Year, so that there is a standard day for all trees. This means that if the tree was planted in the month of Adar, it would be 11 months old when Tu Bishvat arrives and it starts its 2nd year. A tree planted in Kislev, would be 1 month old when the New Year starts and it too will be in its 2nd year. As such, Tu Bishvat is an important date in the agricultural cycle.

However over time this aspect of the day was lost. We were no linger farmers in the land of Israel. It was the 16th century the mystics of Safed who  introduced a novel way to celebrate Tu Bishvat that brought the date back into focus.

The Mystics introduced a Seder for Tu Bishvat. This Seder, is modelled on the Pesach Seder with 4 cups of wine. There are lots of fruit and readings from biblical, Talmudic and Midrashic sources to celebrate the unique nature of the land of Israel and its fruit. Tu Bishvat was transformed into a celebration of the Land of Israel and the spiritual connection that Jews have with the Land.

For thousands of years Jews were separated from the Land of Israel. One must remember that Jews were exiled from the Land in 586BCE when the Babylonians destroyed the first Temple and exiled the Jews to Babylon. They would remain there until the middle of the 20th Century, over 2500 years. But they never forgot the land and dreamed of returning to her.

In the early 20th Century the Jewish National Fund, used the day to raise money to buy land and trees in Israel. An additional layer was added to the day.

In Israel, Tu Bishvat signals the start of the growth season, the almond trees begin to flower and nature begins to awaken from its winter sleep. For those of us who live other side of the equator, this is lost. However as with Jews everywhere, to paraphrase the poet Rabbi Yehudah Halevei- I live in Southern Hemisphere but my heart belongs to Israel.

In generations past, Jews would go to great lengths to enjoy the fruit of Israel. if not the fruit themselves, then at least the fruit that Israel is famous for. Grapes, figs, pomegranates, olives and dates.. Or maybe a nice Israeli wine?

Tu Bishvat – a minor holiday that had practical value to determine the age of fruit trees, was transformed into the celebration of the land of Israel and its fruit. In the middle of the winter or summer, between Chanuka and Purim, our attention turns to the Land of Israel. The fruit of the land is front and centre.

Ideas For Setting Your Passover Table